Why Jennifer Lopez Doesn’t Want to Be Called a ‘Diva’

‘Diva’ used to be said with wonder, accorded to the grandest of female celebrities. But for J.Lo, it is simply a sexist putdown for women seen as ‘difficult.’ 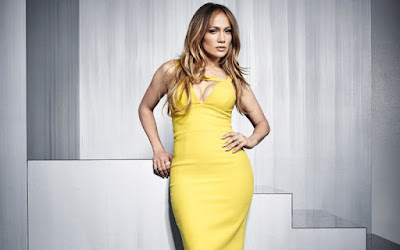 There is a gap between the admiration and celebration accorded to those we may call “divas,” and how those figures might feel about being called “divas.’”

It was once a badge of camp approbation (“She is such a diva”). But Jennifer Lopez—in a fascinating and revealing round-table interview of Hollywood actresses—makes clear the burden of being called a diva.

“I’ve always been fascinated by how much more well-behaved we have to be than men,” she said to her fellow interviewees Kerry Washington, Sarah Paulson, Julianna Margulies, Regina King, Kirsten Dunst, and Constance Zimmer.

“I got a moniker of being ‘the diva,’ which I never felt I deserved—which I don’t deserve—because I’ve always been a hard worker, on time, doing what I’m supposed to do, and getting that label because you reach a certain amount of success,” Lopez said.

There has been a diva disconnect. “Diva,” in its oldest form, was accorded to an opera singer, then someone of supreme talent, who powerfully evoked and encapsulated a sense of drama.

Divas wore extravagant clothes, loomed just as extravagantly on stage as off, and seemed to live lives far outsized to those who watched them.

But the word’s meaning mutated: Gay culture, in its embrace and merry games with notions of camp, appropriated the word to mean all of the word’s old meaning, with the add-on of a diva being difficult, impossible, lofty, and demanding. The more terrible the behavior, the greater the applause of the labelers.

For all different reasons—unified by the mixture of devotion and awe they commanded, often in dramatic gowns—Maria Callas was a diva; Bette Davis was a diva; Joan Crawford was a diva; Elizabeth Taylor was a diva.

Judy and Liza were mother and daughter divas (and if you need surnames, well, maybe this article isn’t for you). Barbra Streisand is a diva, Shirley Bassey too, and Bette Midler forever. Joan Collins and Erica Kane: soap opera divas.

Divas and gay icons have long remained pretty interchangeable and can be cannily marketed as such: Aretha Franklin’s 38th studio album was of “diva classics”; Annie Lennox wore a gorgeous pink headdress on the cover of her Diva album of 1992.

Age seemed to confer diva-dom once, but no longer: Madonna, Mariah Carey, Naomi Campbell, J.Lo, and Kylie Minogue ushered in ever younger generations of pop divas like Britney Spears, Taylor Swift, and Rihanna. Divas, then and now, challenged norms and established orders.

The most positive modern divas are seen as charismatic and masterful, like Beyoncé. Others, like Katherine Heigl, have the word attached to them, fairly or unfairly, because of being seen as difficult, and “diva” is the handiest word lying nearby.

The negative attributes associated with the word that Lopez identified are the characteristics of a bully or egomaniac. In the past, the more extreme manifestation of that, or rumor of it, the more delicious the diva seemed.

As much as it was flattery, the gay application of “diva” to a woman also celebrated a set of negatives. The worst behavior of “divas” manifested how we secretly wished we could all assume control.

Old-school divas behaved in ways we never would or could, and—in an ordinary context—might even observe balefully. But at least they were not constrained by the same day-to-day dreariness as we, their spectators. Divas’ lives could be lived through vicariously.

Divas could be both bitches and goddesses. They would suffer, and be imperiled, and triumph—and often these rollercoasters were conveyed through their own artistic expression. They performed their large lives to cameras and audiences.

Certain stars embraced the term, overtly or implicitly. Some play out the diva label in public or performance, and we simply do not know if their behavior matches that in private. A true diva benefits hugely from that mysterious gap of public and private.

Then, even more recently, the word migrated those moorings into general pop culture: Still applied to women, it can be applied to men flippantly as well, to all of us, not just celebrities, at moments when behavior, comically or not, lapses into the overly grand, impossible, and demanding.

Divas were once lauded for being monstrous—and sometimes tried to live up to that image accordingly—but now, perhaps rebelling against the label’s more negative connotations, female stars like Lopez are in retreat from the word.

“Stop being such a diva” has become a putdown, affectionate and scoffing, to someone who is acting up.

In the Hollywood Reporter round-table interview, Lopez clearly signaled this was the mantle, unfairly conferred, that she felt she was struggling under.

“I felt crippled to voice my opinion, especially because certain directors and the boys’ club that they form can make you feel like, ‘Oh, I can’t say anything,’” she said. “I was always fascinated by how I could see [a man] being late or being belligerent to a crew and it being totally acceptable; meanwhile, I’d show up 15 minutes late and be berated.

“And you watch this happen over and over and over again. Like, we’re not allowed to have certain opinions or even be passionate about something, or they’ll be like, ‘God, she’s really difficult.’ It’s like, ‘Am I? Am I difficult because I care?’”

In the Lopez reading, if you are known as a diva you cannot win. For her, the word has been stripped of its fun and mischief, and instead now just means a general professional pain in the neck. And, as it is associated with women, it has a built-in sexism to it.

And so—poor “diva”—the word has traveled a bizarre modern path of being used in the context of male-on-female parodic glorification to, in Lopez’s reading, being used as straight-up misogyny.

If “diva” became a term applied to female celebrities by gay men that celebrated a celebrity’s supposed outlandishness or demanding nature, by now—for Lopez—it has become a denigrating and unfair insult.

If men can also now be known as divas, their difficult behavior will be indulged more than a female diva’s: The term applied to her has far less lightheartedness attached to it than it does for him.

And so, suddenly, “diva” doesn’t seem such a fun word. It is now on the linguistic knife-edge of being, like “bitch,” just another misogynistic putdown—unless, like the best divas, you unapologetically continue to expect the whole world to revolve around you. Whatever the word’s dissenters say, a true diva does not give a damn.
vào lúc 8:37 PM