Baby it may be cold outside, but there are designer shoes to be had.

The 46-year-old signer treated herself to some fancy accessories as Moscow store Aizel shut down for two hours to allow the star to shop in private. 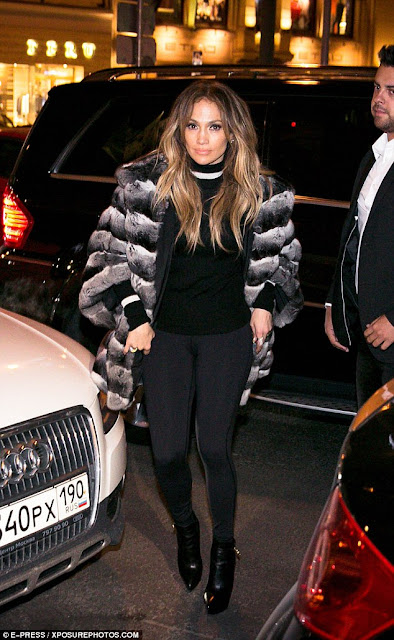 Despite a very long day, J Lo looked in high spirits as she perused the store's section of handbags and shoes picking out, according to an insider, some items from Charlotte Olympia.

For her late night shopping expedition, the Let's Get Loud star stepped out in a very Russian ensemble.

Jennifer fought back against the cold in a big black and white fur which she wore with as rolled necked tight sweater with and a pair of figure highlighting leggings.

The pop star accessorized her look with a pair of high heeled booties and wore her golden brown hair out and flowing. 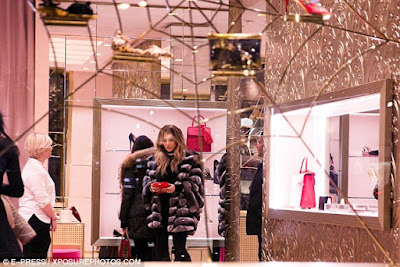 As she left the store, the American Idol judge waved and smiled at her Russian fans and local media.

The fact she even had the energy to shop, let alone be in such a good mood, was impressive as the star had spent the day performing.

The 46-year-old was flown out to Russia by billionaire Mikhail Gutseriev - who is reportedly has a new worth of $6.2b - to perform at his son, Said's wedding.