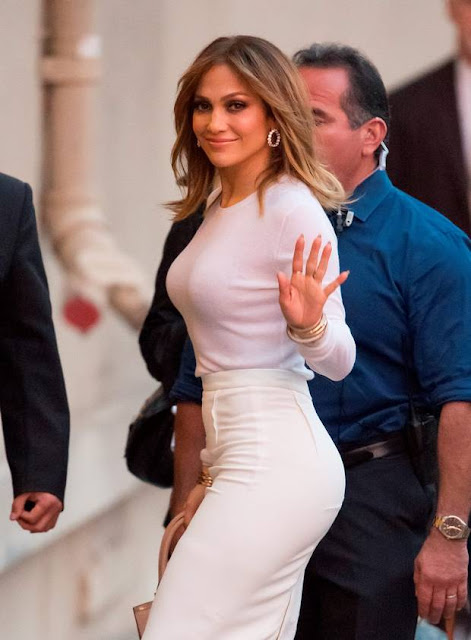 Jennifer Lopez is dishing on her new record deal and the TV shows we would never expect her to be a fan of!
The American Idol judge recently cut ties with Capitol Records and the Island Def Jam Music Group to link up with Epic Records and her mentor L.A. Reid. After more than a year away from making music, J. Lo promises she's back.

"I've been working on music for the past couple months," J. Lo told ET backstage following Thursday's American Idol live show. "We should be putting something out real soon."

On top of Idol and music, J. Lo is also busy with a series of residency shows at Planet Hollywood Las Vegas, her NBC TV series Shades of Blue and raising her 8-year-old twins Max and Emme. In the rare moments that she does have to herself, J. Lo likes to indulge in a guilty pleasure.

Right now the singer and actress is eager to tackle the new seasons of House of Cards, Game of Thrones and Homeland.