People always prefer to share their most thrilling moments with their loved ones.

So no wonder Jenifer Lopez decided to head out on a celebratory stroll with her toyboy Casper Smart in New York after she inked a lucrative new record deal on Wednesday.

The 46-year-old looked like she was having a great time with her much younger man as she enjoyed the fresh air and March sunshine. 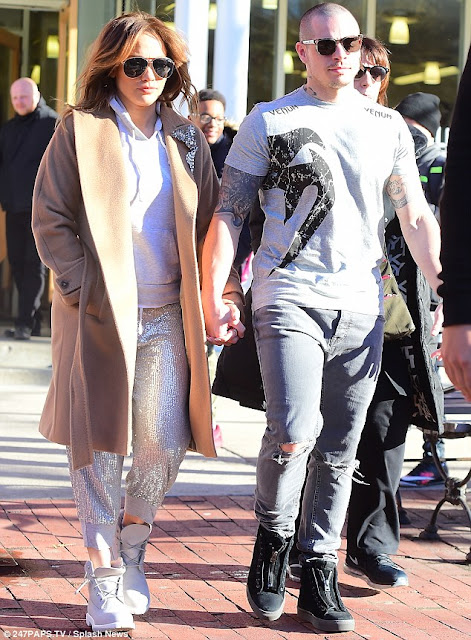 Her other half, who would have been in short trousers when the Latina lovely was a backing dancer for Janet Jackson in 1993, alos looked stylish in a T-shirt, ripped jeans and trendy zip-up trainers.

It emerged on Wednesday the self-styled entertainer is going back to Epic Records, where she will once again be under longtime mentor LA Reid, after signing a multi-album deal.

She originally worked with Epic at the start of her career but went to Def Jam in 2010 where Reid was CEO.

Now the Booty favourite is heading back to Epic, where L.A. has been overseeing things since 2011.

Earlier this week the pop diva addressed rumours of a feud with Mariah Carey that have been circling for a year. 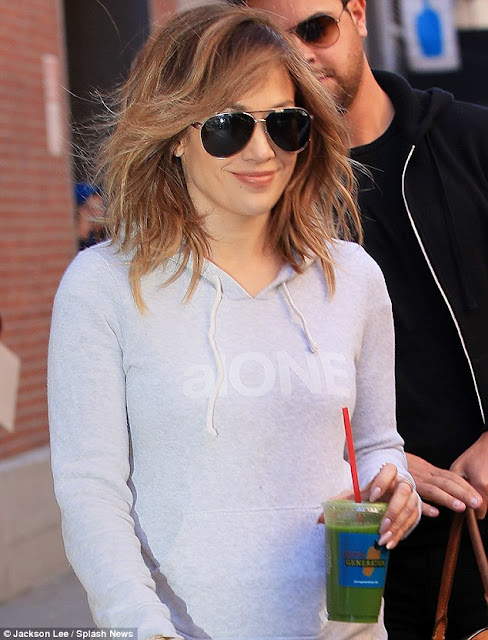 Jenny from the Block raised eyebrows earlier this week when she mocked her Ben Affleck's tattoo, branding it 'awful'.

Jennifer spoke out during an appearance on Bravo's Watch What Happens Live on Monday shared her opinion of Affleck's large tattoo of a phoenix that drapes most of his back.

In between cackles, she said: 'His tattoos always have too many colours, they shouldn't be so colourful, you know what I mean?'