They bonded when he helped revive her singing career with the 2011 hit single On The Floor.

And Jennifer Lopez showed how appreciative she is by making a surprise appearance at his Time of Our Lives concert at the Axis theater inside Planet Hollywood in Las Vegas on Saturday.

The 46-year-old American Idol judge looked like a knockout in a very short shimmering gold mini dress with long fringe.

The Shades Of Blue actress added gold gladiator heels for even more sparkle and wore her long highlighted locks down.

The Sin City appearance must have been a homecoming for the chart topper.

The I Luh Ya Papi singer has her own residency there called All I Have, which got off to a great start in January - even Justin Bieber stopped by - and will return on May 22. 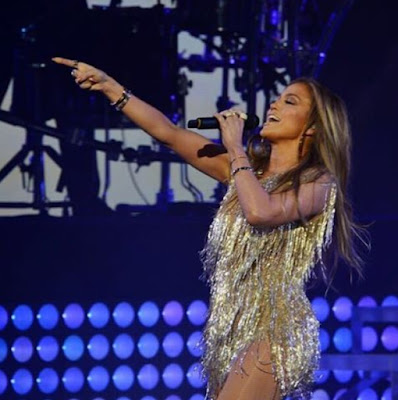 That is why she wrote in one of her Instagram captions: 'Back home... At the #AXIS at #planethollywood.'

Another Instagram note read: “@pitbull and me… Doing what we do… Thank you for having me!! #AXIS.'

Pitbull's concert lasts seven nights as it is only a special engagement.

Just days earlier the Maid In Manhattan vet showed off her toned figure again while appearing on American Idol.

The Bronx beauty had on a pink dress that flashed a lot of flesh along as it had cut outs on the sides. She added even more glam with silver pumps and an anklet. She accessorized with large diamond hoops and bangles.

The Jenny From The Block icon went for light blue when she joined boyfriend Casper Smart at the premiere of his film The Perfect Match in LA on March 7. The two looked happy together as she put her arm around him.

Smart stood out in a light blue suit with white shirt and fancy brown dress shoes. 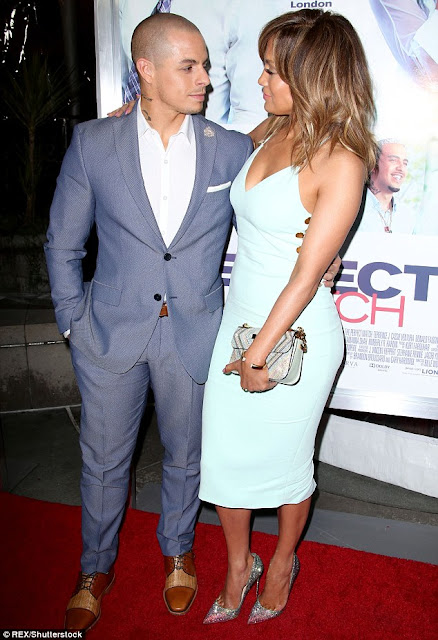