She is unfailingly flawless.

And Jennifer Lopez oozed old school Hollywood glamour at her agent's pre-Oscars party on Saturday, as she gave a nod to her 'Jenny from the block' Bronx roots. 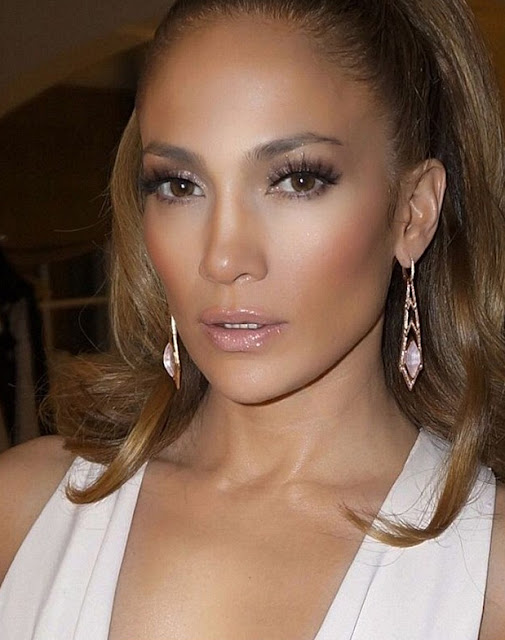 The Shades Of Blue star smolders to the camera, as the light perfectly hits her stunning bone-structure.

The American Idol judge's perfectly arched brows frame her expertly made-up eyes - she's wearing a hint of a bronze tint with all the emphasis on her long black lashes.

Gentle contouring and warming pink blush complete her understated look, to which she added a glossy nude lip.

American Idol alert! Kelly Clarkson is returning to her roots tonight as a guest judge for the first live show of the reality competition's 15th and final season.

E! News caught up with Jennifer Lopez and Harry Connick Jr. to find out whether the current roster of Idol judges has any words of wisdom for their new protégé. Want to know what their advice was?
Nothing. 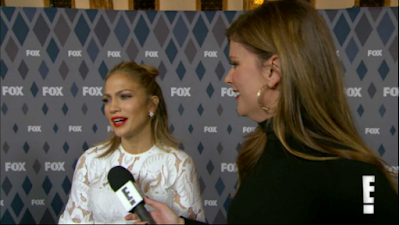 "Advice? Hell no! I think she knows exactly what this is all about. She was the first Idol. She's watched 15 seasons of it now," Lopez says. Clarkson is a pro with albums and albums behind her, so she'll be fine, Lopez tells us.

"She's going to be great. I'm going to sit back and just listen, because if anyone knows how to judge on American Idol it would have to be her. She was there the first year; she went through from the very first day all the way to winning it. She's had so many hits over the years. American Idol is so lucky that she was able to come back and contribute like that."

Connick and Clarkson's Idol connection goes way back—he was in the audience when she was crowned. "I was shooting Will and Grace at the time in L.A., and Debra Messing and I went to the finale," Connick reminisces. "I'll never forget that. That was when the show was just starting to catch on and people were starting to become obsessed with it. To be in the house when that happened, that's a fond memory for me."

Jennifer Lopez took to Instagram on Monday, letting the world know that it was a big day for her and her twins, Emme and Maximilian — their 8th birthday!

“HAPPY BIRTHDAY TO THE LIGHTS OF MY LIFE,” Lopez, 46, captioned the pic. “You have brought me nothing but joy and happiness since the very second you were born.” 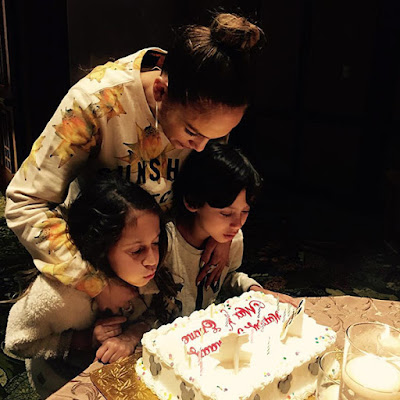 In the snap, Lopez stands above her twins, holding them in her arms as they blow out the candles on a birthday cake decorated with sprinkles and Mickey Mouse faces.

“I am so proud of who you are and the beautiful loving caring people you are growing into. #coconuts8thBirthday #Iloveyoubeyondforever #maxandemme #February22nd,” she continued. “And Thank you everyone for all the beautiful birthday wishes and videos. They are so precious!!”

The singer welcomed her twins in 2008 with then husband Marc Anthony.