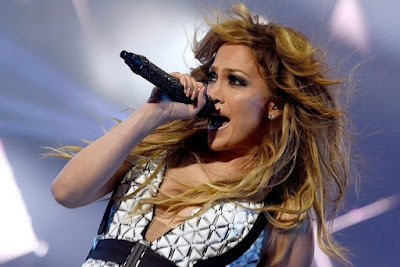 When television broadcaster Fox recently announced the upcoming 15th season of American Idol — to be broadcast next year — will be the last, the news was met with broad industry acceptance that it had ran its course.

Yet it seems the show’s star, judge Jennifer Lopez, is apparently still holding hope for the decision to be reversed.

“It is supposed to be the last season, I don’t know if that’s true,” she says, speaking from the world music festival Mawazine at the Moroccan capital of Rabat. “I love the show and I hope it goes on forever.”

Denial aside, you can understand Lopez’s reaction; the programme has been widely credited for reviving the 45-year-old’s stalling career ever since she joined its 10th season in 2011.

The resurgence in popularity, augmented with Lopez’s top-notch social-media strategy, resulted in a string of industry successes that looked remote five years ago.

On the film front, she scored box office success with roles both real and animated, such as in the 2012 comedy-drama What to Expect When You’re Expecting and the latest DreamWorks animated release, Home. The latter has already grossed more than $340 million (Dh1.2bn) since its American release in March.

Lopez hopes that midas touch can work in her latest venture, the new health and fitness brand and website BodyLab.com.

“Today I posted glute exercises,” she says, rather excitedly. “I just launched the new website, where I do give a lot of my exercise tips and share what I do know about keeping in shape.”

Recipes include “fresh and simple salsa”, and “JLO’s Berry Good Smoothies”, while recommended workouts focus on the back, shoulder and the aforementioned posterior.

“At this age I really feel that beauty secrets are essentially all about living a good lifestyle,” she says.

“Thank God that since I was young – not that I am still not young, but when I was younger – I was always about eating right, getting my sleep and drinking lots of water. I don’t drink (alcohol), I don’t smoke and I never been much of party person, but more of a worker my whole life.”

Born in a gritty neighbourhood in the New York borough of The Bronx, Lopez credits her mother for instilling the tough work ethic that saw Lopez rise from a backing dancer for New Kids on The Block and Janet Jackson in the early 1990s to her present standing as a pop star and fashion icon.

“The Bronx is a place where you wouldn’t necessarily think you would have the brightest future. Especially for a Puerto Rican woman in the United States. But what was great for my upbringing was that I had a mum who told me that I could accomplish anything and to find my own passion,” she explains.

“And that’s what my advice has been to others: to find what your passion is and work very hard at it. That is really the secret to success. There is no magic wand or a secret passageway, that doesn’t exist. I work harder than the next person in my business and I won’t let up.”

A look at the calendar for the next 12 months confirms her outlook: as well as returning to American Idol next year, Lopez signed up for a 20-show residency at the Las Vegas resort Planet Hollywood to begin next January. Lopez is about to spend this summer shooting the new television cop drama Shades of Blue alongside Ray Liotta.
vào lúc 8:34 PM