When Jennifer Lopez arrived at CBS studios, she looked more Jenny from the block than American Idol judge.

The singer stepped out in a loose white vest, which showed off her neon pink bra underneath, grey jogging bottoms and high-tip trainers. 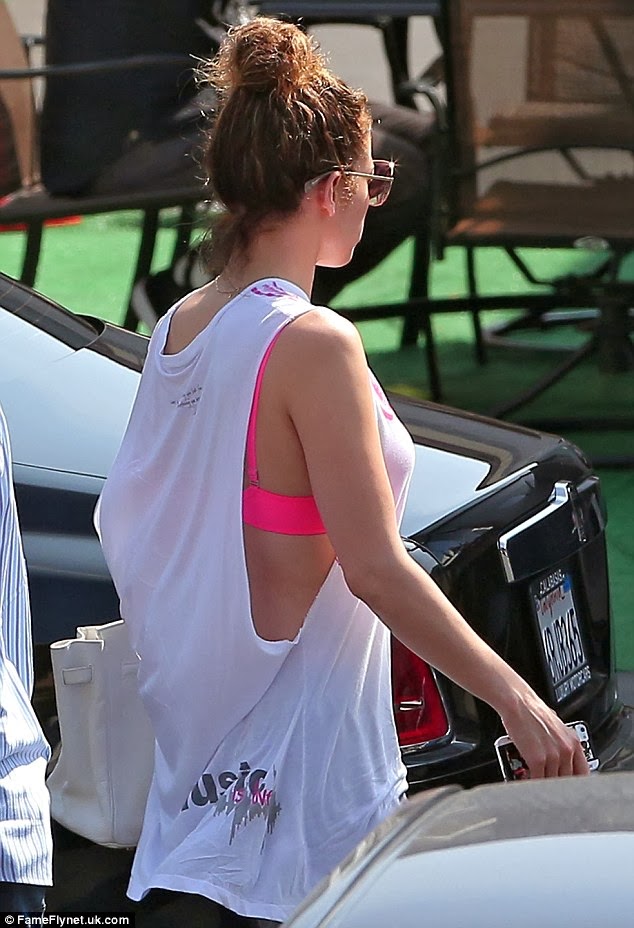 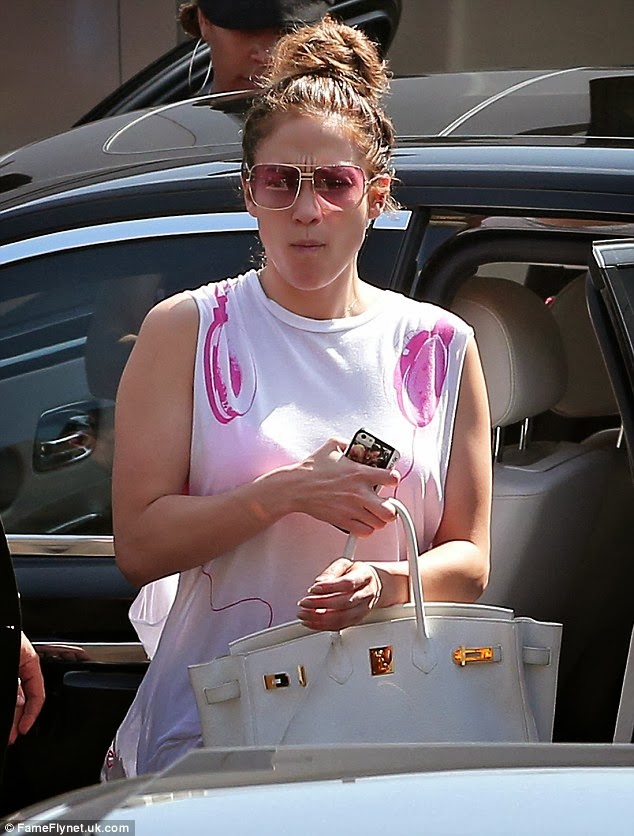 The streetwear ensemble was a far cry from the glamorous outfits Jen had worn in her recent music single for her raciest song yet, I Luh Ya PaPi.

Lopez, 44, posted the video to YouTube, which features raunchy lyrics including a litany of innuendoes and overt references to her own biology.

The song featuring French Montana is the second from her upcoming eight studio album which is expected to be released in the near future. 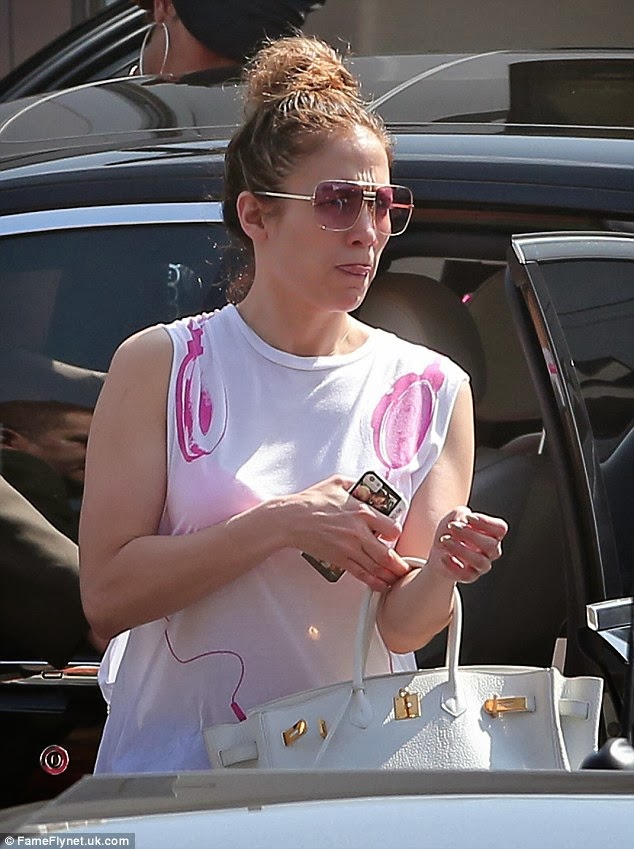 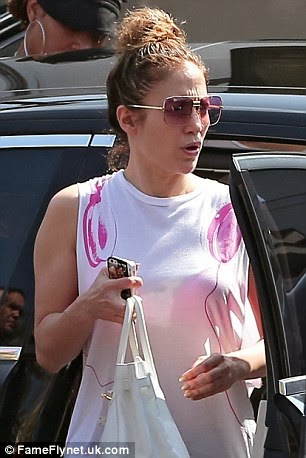 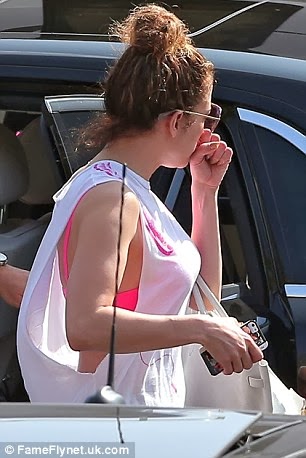 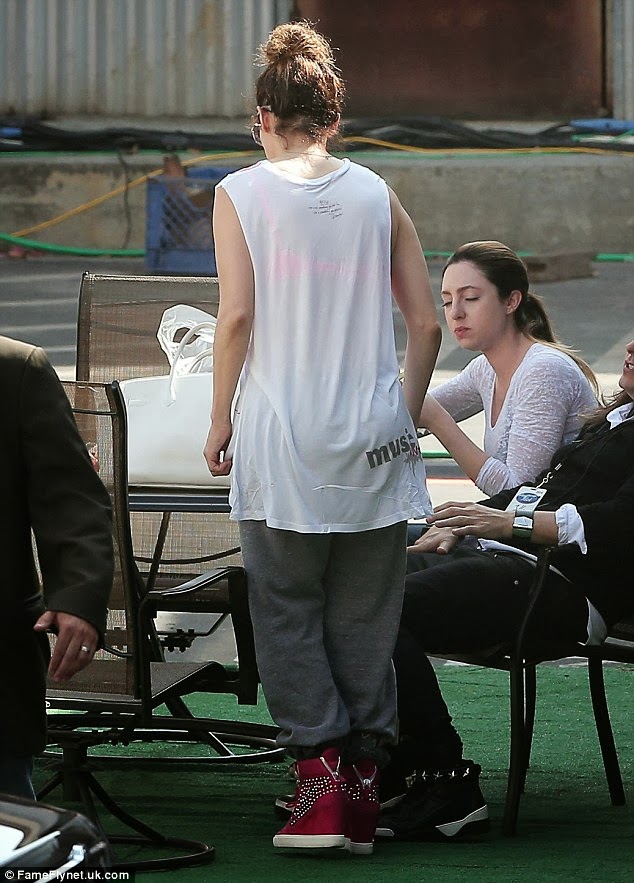