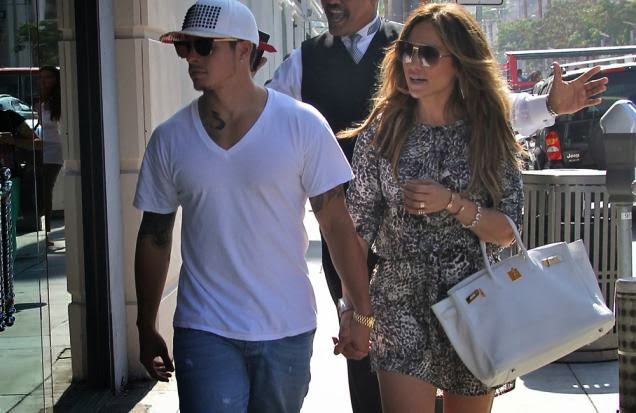 Jennifer Lopez has been giving her boyfriend acting advice.

The 'On the Floor' hitmaker has offered ''little'' tips to Casper Smart, 26, while he is working on new movie 'Restored Me', and she advised the backing dancer - who has been studying acting for two years - to be ''natural''.

Asked if Jennifer had given him advice, he told 'Access Hollywood': ''Just the little stuff. Have fun, be yourself...that's all you can be. Just be yourself, be natural.''

Though Casper has been dating Jennifer - who has six-year-old twins Max and Emme with third husband Marc Anthony - for almost three years, he brushed off questions about whether they plan to marry.

Asked if he has ''talked marriage'' with the 44-year-old singer-and-actress, he said: ''You just have to wait and see.''

Jennifer recently admitted she ''doesn't know'' if she will tie the knot again.

''You know, I've always believed in that institution. I believe in it, but it is difficult. I've had my challenges, but at the same time I believe in love, and I think that is the main thing.''
vào lúc 7:12 PM