'The pain hurt so much': Jennifer Lopez opens up about her 2011 divorce from Marc Anthony and how the twins kept her strong

It's been two years since her 'devastating' split from Latino heartthrob Marc Anthony.

But Jennifer Lopez believes she's come out of the experience stronger.

The 44-year-old opened up about the end of her seven-year marriage In an interview in the March issue of the UK's Glamour magazine, saying: 'Back then the pain hurt so much, but I didn't want what happened to finish me. 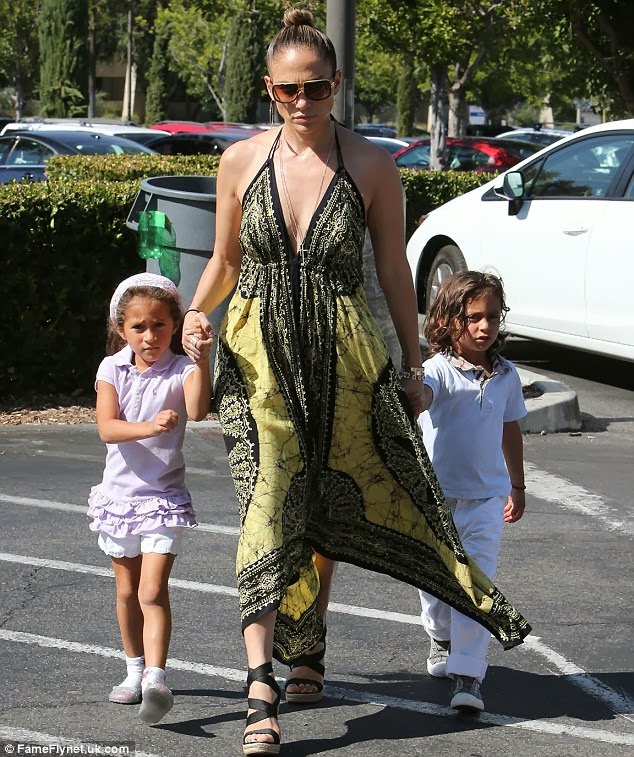 'I wanted it to help me grow for the better. I didn't want to just survive it; I wanted to come out of it stronger than I was before. It took a lot of digging to do that.'

The American Idol judge said she was motivated to keep herself together for her twins, Max and Emme, who turn six in February.

J.Lo told Glamour: 'Right now I'd say it was the hardest thing I've ever been through, because of the kids.

'When you're this little scrappy girl and things happen, you just cry yourself to sleep.

'But when you're responsible for two other human beings and their lives and emotional well being, that's a biggie.

'You're constantly wondering: "Am I doing the right thing here?" '

Thankfully, she and Marc, 45, are now friends, and she admitted that she still loves the singer-actor and producer 'as the father of my children and as a friend.

'That doesn't mean that we were meant to be in marriage forever, though.'

Marc was her third husband after Ojani Noa and Cris Judd

For the past two years J.Lo has been with a man 18 years her junior, choreographer Casper Smart, 26, whom she says makes her very happy. 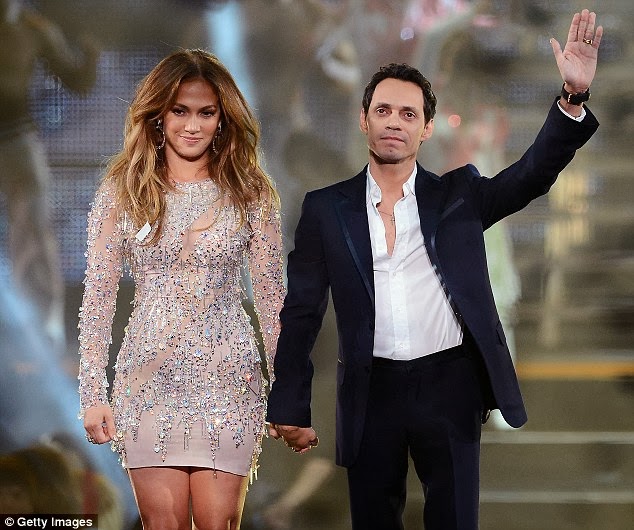 At the Winter Television Critics Assocation press tour In Pasadena, California, she described Casper as a key player in her life who helped her balance her work and home life.

She told reporters:'He's fantastic with the kids and he helps me very much with my work.'

But admitted to Glamour that she's still fragile after her divorce and cries a lot more than she used to and more easily.

The superstar said: 'I cry out of exhaustion and feeling overwhelmed. I'll be holding it all together and then some little thing will trigger it - a commercial or a romantic moment in a movie - and the floodgates will open. It's about being tired all the time.'
vào lúc 7:06 PM