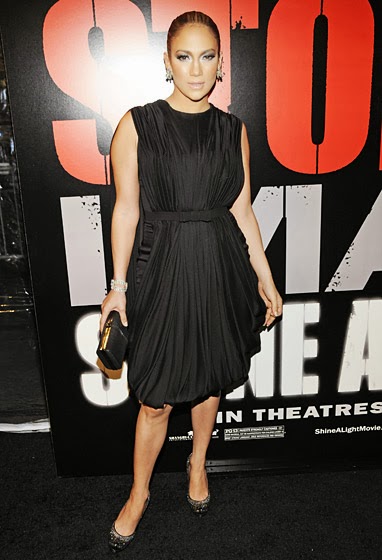 
One month after welcoming twins Emme and Max in February 2008 with then-husband Marc Anthony, Lopez debuted her amazing post-baby body at the Shine A Light premiere in NYC. "I remember my flabby belly hanging out right after I gave birth," Lopez told Us Weekly in April 2010. "I kind of laughed and said to Marc, 'Look, baby! Isn't this crazy?' I just didn't care."


Lopez flaunted her sexy bod in a red string bikini on a boat while on vacation in Italy. "I eat meat, I eat carbs, I even eat McDonald's... What I don't do is ever overeat," she told Good Housekeeping. "I don't eat desserts, and I can limit the chocolate chip cookies to one or two."


After splitting from then-husband Marc Anthony, the newly single star showed off her hot bod in a see-through, sparkly bodysuit during a performance at Mohegan Sun in Connecticut.


The American Idol judge performed "Dance Again" onstage during the Fox show and flaunted her amazing abs in a cropped top. "I'm working with my trainer, Autumn Fladmo, doing the Tracy Anderson method right now," she told InStyle magazine in September 2012. "We do a lot of arms and legs and abs. She also throws in little dance routines just to get the blood moving."


The superstar showed off her toned bod in a sheer Zuhair Murad white lace gown at the 70th annual Golden Globe Awards. "Sometimes when I get home and I'm not feeling so great, I make myself go to the gym," she told Redbook magazine. "Then I come home and take a shower, put on a great outfit, some makeup, tie my hair up, and I feel pepped up and great about myself." 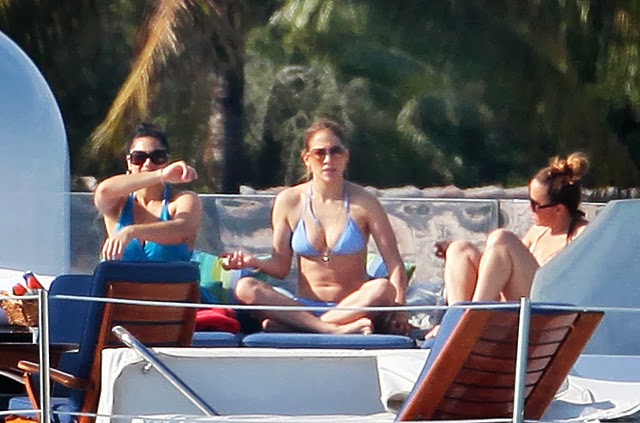 
Lopez sizzled in a lavender bikini while enjoying a day in the sun with family and friends on a yacht in Miami Beach, Fla. The Parker actress said she was "terrified" to film a scene in her bra and underwear for the movie. "You take a long time to prepare for something [like that], mentally as well as physically," she told Access Hollywood.