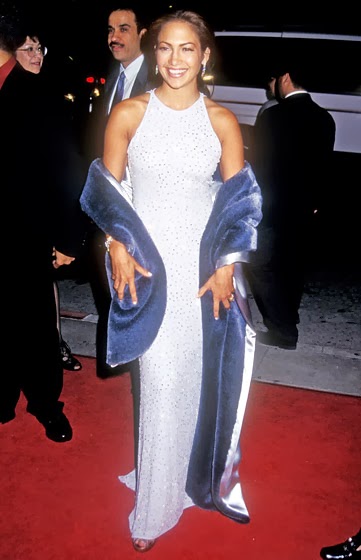 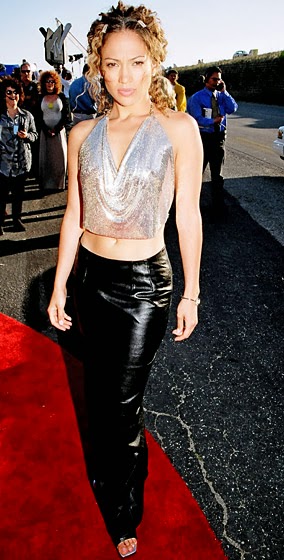 
The singer walked the red carpet of the MTV Movie Awards in a low-cut cropped silver top that revealed her toned tummy. 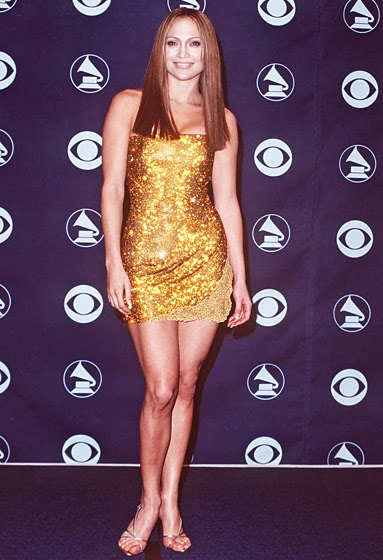 
Sleek and shiny! Lopez showed off her toned, slim legs in a short gold dress at the 41st annual Grammy Awards.


Alongside then-boyfriend Sean Combs, Lopez dared to bare in a plunging Versace dress at the 42nd annual Grammy Awards in Los Angeles. "I have that at home," she told Harper's Bazaar in January 2013 of the infamous palm-print dress. "The other day, my housekeeper put it on a mannequin in my spa, where I get my hair and makeup done. She sent me a picture. She was like, 'You like this dress?' Um, yeah, but I don't know if I like it out in the house!"


Holy abs! Lopez debuted her amazing body to the public for her first concert and network special, Jennifer Lopez in Concert, on NBC.
vào lúc 6:08 PM