They're quite the jetsetting couple.

Jennifer Lopez and her toyboy lover Casper Smart landed in Miami on Sunday and the pair were already snapped out and about.

The 44-year-old bombshell looked a little bleary eyed as she stepped off a private plane make-up free. 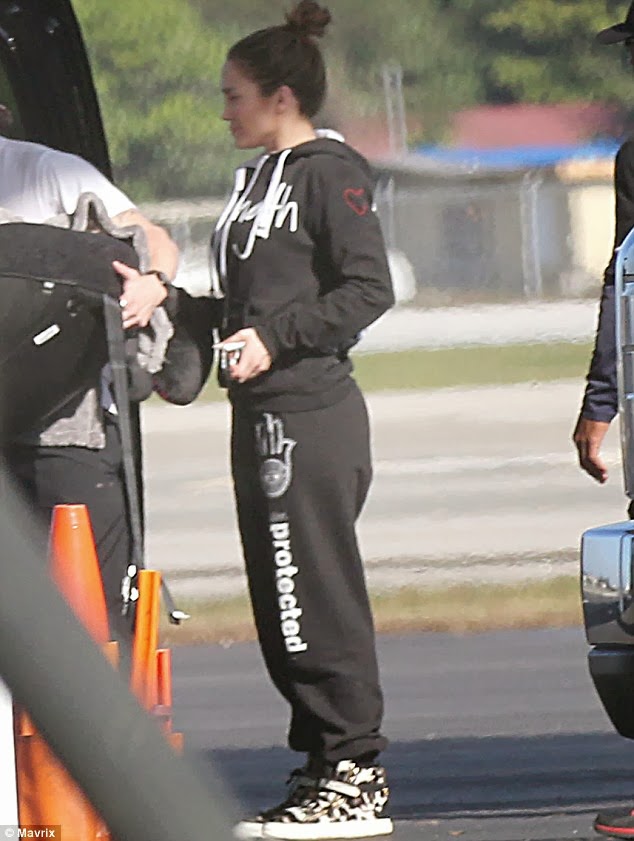 The On the Floor singer dressed cosy for the trip, wearing black sweatpants, a hoodie and black and white kicks.

She was seen getting into a waiting car with her brunette locks pulled up in a messy bun.

While Casper wasn't pictured with his main squeeze at the airport, he was spotted later in the day leaving a Miami hotel. 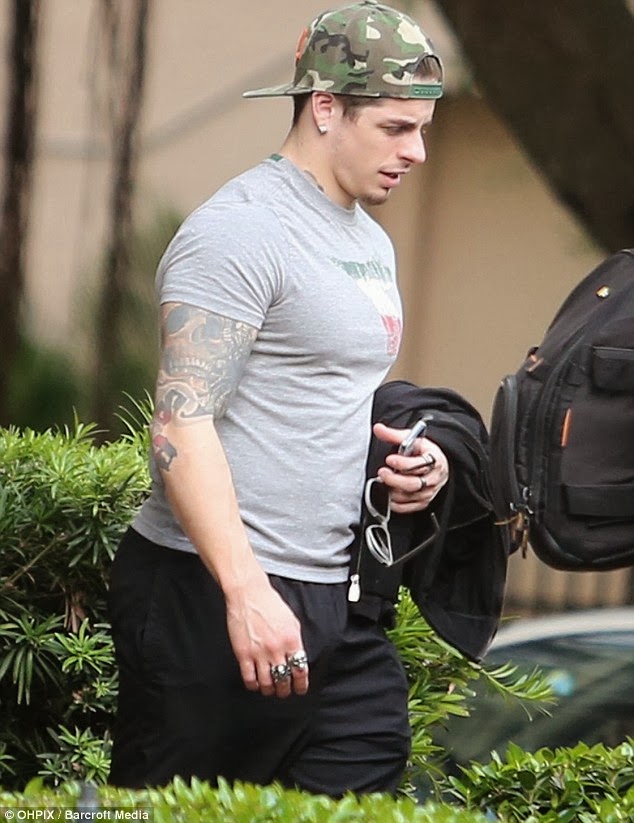 The choreographer and dancer, who is 18 years younger than Jennifer, hopped into a black Chevy Suburban wearing a grey t-shirt, black track pants and a camouflage baseball cap.

Jenny From The Block was not seen heading out with her beau. But he did have some friends to keep him company.

The mother-of-two has a busy few months ahead.

The curvy crooner is set to team up with Pitbull and Brazilian singer Claudia Leitte for FIFA's official song of the 2014 World Cup, We Are One (Ole Ola).

The trio is currently working on a video for the collaboration and will perform on June 12 at the opening ceremony in Sao Paulo, Brazil.

Jennifer is also a judge on the current season of American Idol, which bowed on Fox in January.

If that wasn't enough, the Gigli star is working on her 10th studio album and released the single Same Girl on Jan. 31.

Casper is keeping himself occupied, too.

The Honey 2 actor recently auditioned for an FX show.

He's also set to appear on the big screen later this year on Restored Me.
vào lúc 3:37 PM