She may have been hard at work, but Jennifer Lopez was clearly having a great time on set of her latest video shoot.

The star was in Miami filming the music video for Adrenalina, a song by Wisin which features J.Lo and Ricky Martin.

Ricky and Jennifer are old friends and this was clear for everyone to see as they giggled and cuddled up in between scenes. 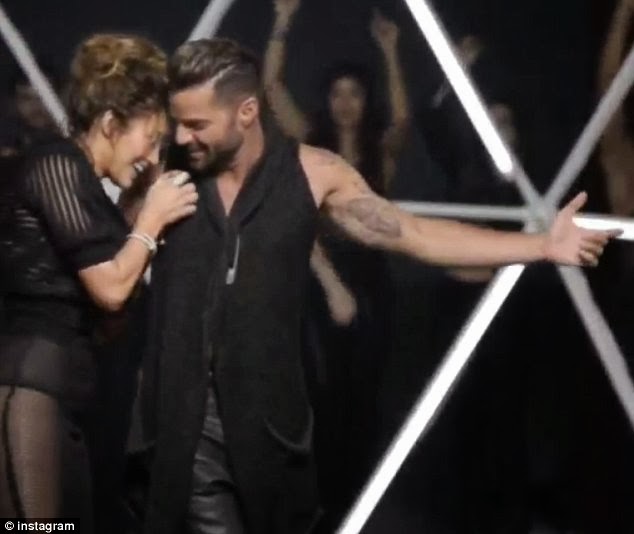 Jennifer got plenty of attention as she was surrounded by men, including her boyfriend Casper Smart.

Toyboy Casper, a dancer, unsurprisingly kept his stunning girlfriend close to him as they posed for pictures.

Jennifer was showing a lot of skin in a black shirt that was largely unbuttoned, and a sheer skirt, both of which flashed her black underwear. 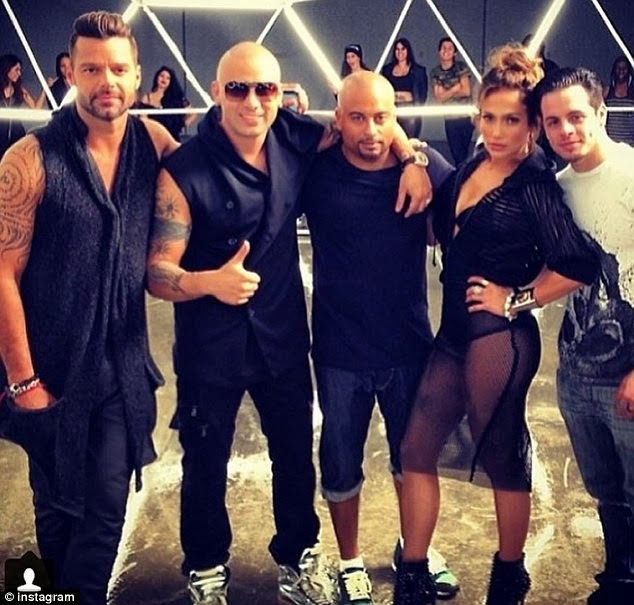 The 44-year-old also sported sexy black boots and had her light brown hair piled atop her head in a bun.

An elaborate set was laid on for the stars, which featured a glass pyramid that they danced around in while the cameras rolled. 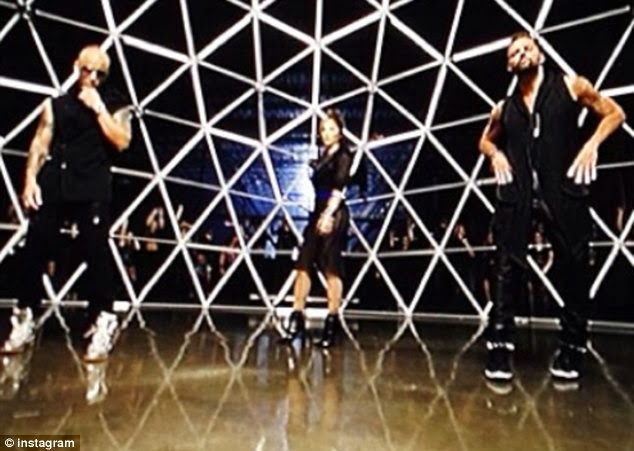 Several people working on the set, including the music video’s producer Jessy Terrero, shared photos and clips on Instagram of everyone hard at work.

J.Lo looked in great spirits as she arrived at the set and was spotted stepping into her trailer with a big smile on her face.

It was the second day of filming for the group who were seen on the same set the previous day. 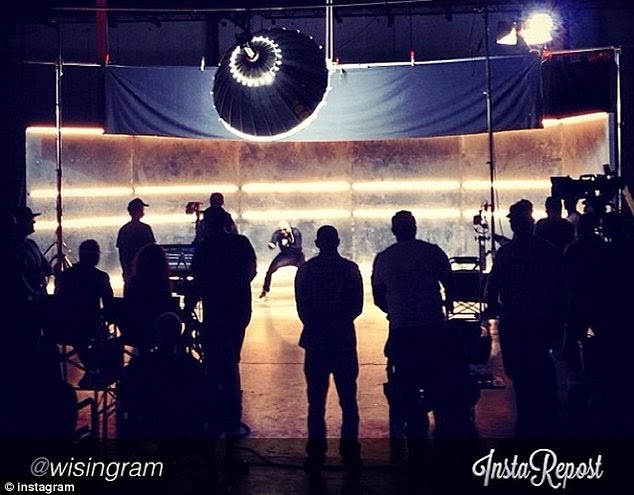 The start of the shoot came as Jennifer received some good news about her current video Same Girl.

Released at the end of last month, the video for the single was Vevo certified on Monday, meaning a staggering 100 million people have watched the official version online.

After hearing the good news JLo tweeted fans saying: 'Officially #VEVOCertified! Couldn't have done it without my #jlovers!'
vào lúc 5:46 AM