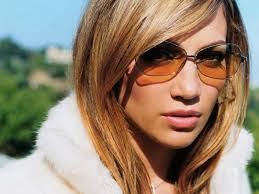 Jennifer Lopez posted on social networks a brief video filmed during the night of St. Valentine, in which she appears with her boyfriend, dancer Casper Smart, listening to music in his car on their way to Nobu restaurant in Los Angeles.

The actress plus singer is seen on her Instagram account kissing her boyfriend toward the end of the video, which she aired to share with her fans some details about how a loving couple celebrates Valentine's Day.

Smart imitated his girlfriend by uploading his own video, shot at the same time but from a different angle.

Hours before, the Bronx-born songstress visited her mother, Guadalupe Rodriguez, in Calabasas, California, and feted her with some colorful balloons, local media reported.

Jennifer Lopez came from filming a music video of the single "Adrenalina," by Puerto Rican singer Wisin, recorded this week in Miami together with Ricky Martin, which will be on the Puerto Rican's next album "El Regreso of the Sobreviviente" (Return of the Survivor).

Jennifer Lopez complemented her stay in Miami by recording with Ricky Martin some numbers for the 2014 FIFA World Cup in Brazil. EFE
vào lúc 6:44 PM