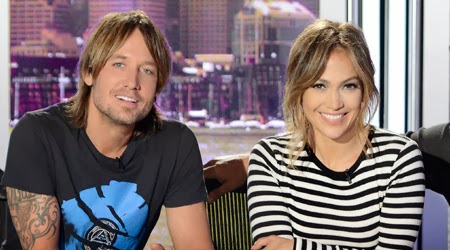 Fox is devoting a whole lot of time, energy and advertising dollars to a campaign designed to convince us that "American Idol" is going back to its roots.

Don’t you believe it. It’s just not true.

And this is a good thing. In its 13th season, "Idol" has been reborn as, perhaps, a kinder, gentler — and more entertaining — version of itself.

At least in the early part of the season, the show is unavoidably about the judges. And the triumvirate of Harry Connick Jr., Jennifer Lopez and Keith Urban gets off to an incredibly good start when the show returns on Wednesday at 7 p.m. on Fox/Ch. 13.

They just might be the best "Idol" judging panel yet.

You’ll get a glimpse of it in the premiere. They have chemistry; they’re having fun. They’re fun to watch.

When the three judges and host Ryan Seacrest were in Salt Lake City for auditions in October, it was clear these people liked each other.

"It’s been great," Seacrest said. "It’s been fun. We’ve all had a great time together. We all enjoy hanging out with each other and traveling together and doing the show together."

Things have changed from a year ago, when Mariah Carey, asked to say something nice about Nicki Minaj, couldn’t do it. She talked instead about her sinus infection. Really.

I don’t think we’re going to see any video of Connick, Lopez and Urban screaming at each other. But we do see genuinely amusing banter among them. Like when Connick says, "Don’t argue with me Jennifer. Jennifer, I will slap you on national television. I have no problem."