We always knew she had a great bum.

But when we saw this photo of J-Lo's behind, we gave it a new title: The Best Bum In The World.

Not many bums look THAT good in jeans.

Miss Lopez posted the photo to her Facebook page on New Year's Day, under the caption: "Happy New Year to all my jlovers 2014 is our bxxch!!!!!! LOL!!!! #letsgetit #LOVE"

In it, the Jenny from the Block singer can be seen flaunting her amazing legs and bum in a pair of super SUPER tight skinny jeans and a towering pair of stiletto boots.

The brunette beauty is wrapped up in a leather jacket, and can be seen beaming from underneath her NY cap.

The bootylicious singer seems to be stood on a quiet train station platform where she's sheltering from the rain. 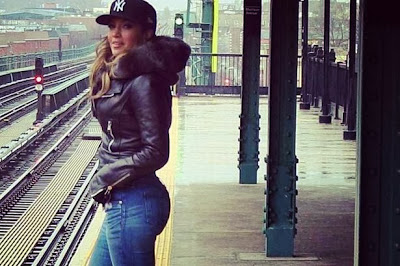 The songstress recently slammed a plastic surgeon who claimed she'd gone under the knife.

Brit-based Doctor Ayham Al-Ayoubi, who's listed on Twitter as a facial plastic and laser surgeon, tweeted: "These before and after pics of @Jlo show many signs of #plasticsurgery - naturally pretty but now looks amazing."

Triple threat Jen didn't take kindly to the doctor's claims, hitting back: "@DrAyoubi Sorry Sir, but I have never had plastic surgery of any kind. #fact."

So, yeah, Dr Al-Ayoubi got told by Jennifer Lopez on Twitter. Hashtag fact.

Her adoring fans also quickly came to her defence, prompting the doctor to later apologise.

"Dear @JLo I wonder if you can accept my sincere apologies about the wrong tweet which was written by my assistant without my knowledge....

"I sincerely apologise to @JLo & her fans. I want to remind everyone it was NOT me who sent that wrong tweet ! it was my assistant," he continued. 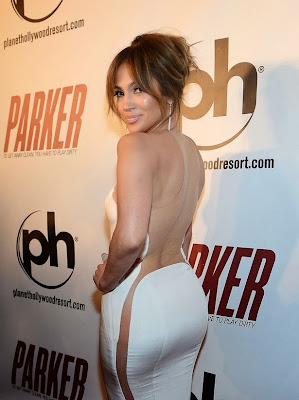 The mum-of-two has recently spoken out about facing body jibes early on in her career, saying it's important to stand up to your critics.

"Early on, my family really made me love who I was and what I looked like. My body was nothing out of the ordinary in my neighbourhood," she says in Cosmopolitan for Latinas Winter issue.

"When I first started on television, people, and even my own manager at the time, would tell me I had to make all of these changes.

"But you have to stand up and say, 'There's nothing wrong with me or my shape or who I am; you're the one with the problem!'

"And when you can really believe that, all of a sudden other people start believing too."