She's never been known to smoke or drink alcohol.

But Jennifer Lopez was spotted puffing away on a cigarette Tuesday while playing a grieving mother on the Atlanta set of her film Lila & Eve.

As Eve Rafael, the 44-year-old pop star appeared to enjoy miming a tobacco habit between takes on location at a church. 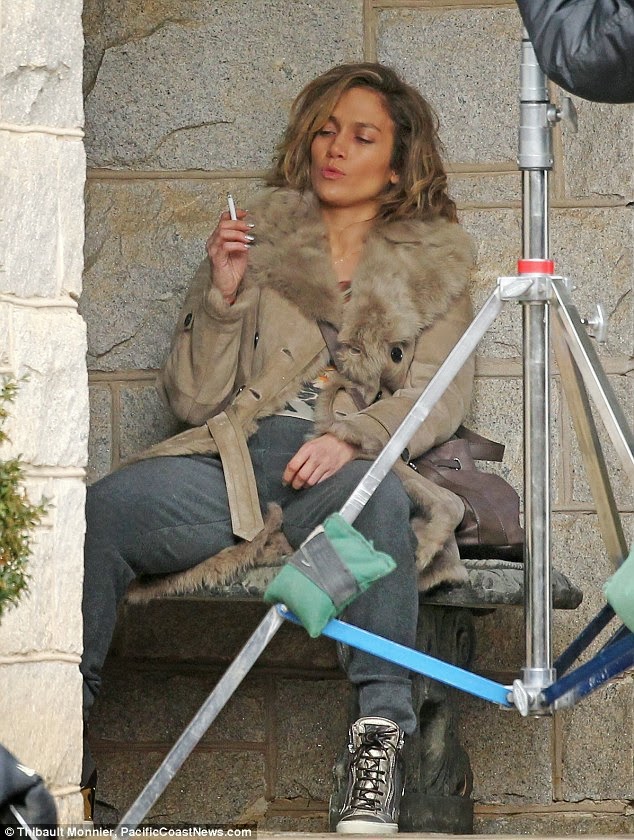 In the drama - due out next year - the American Idol judge and Viola Davis play mothers whose sons have been gunned down in a drive-by shooting.

The distraught matriarchs then team up for avenge their sons' deaths after local authorities fail to serve justice. 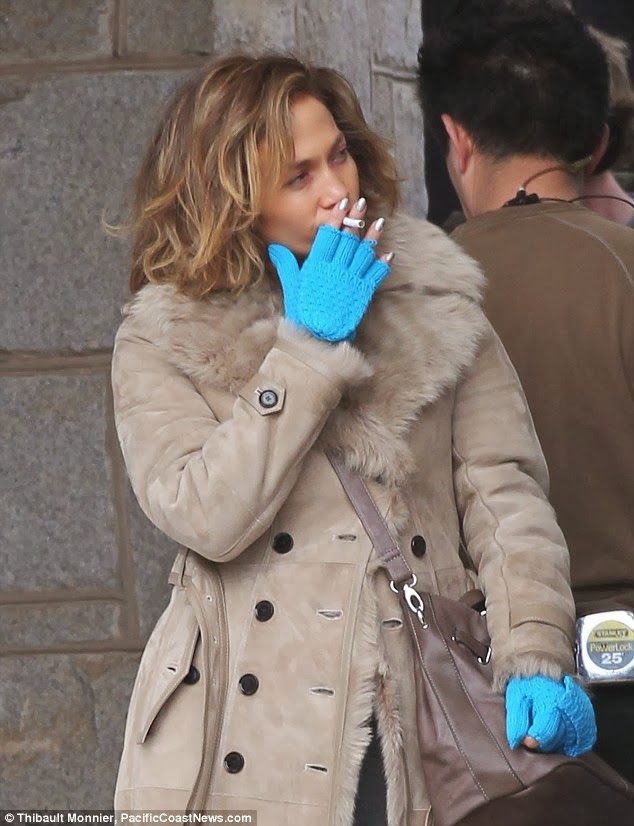 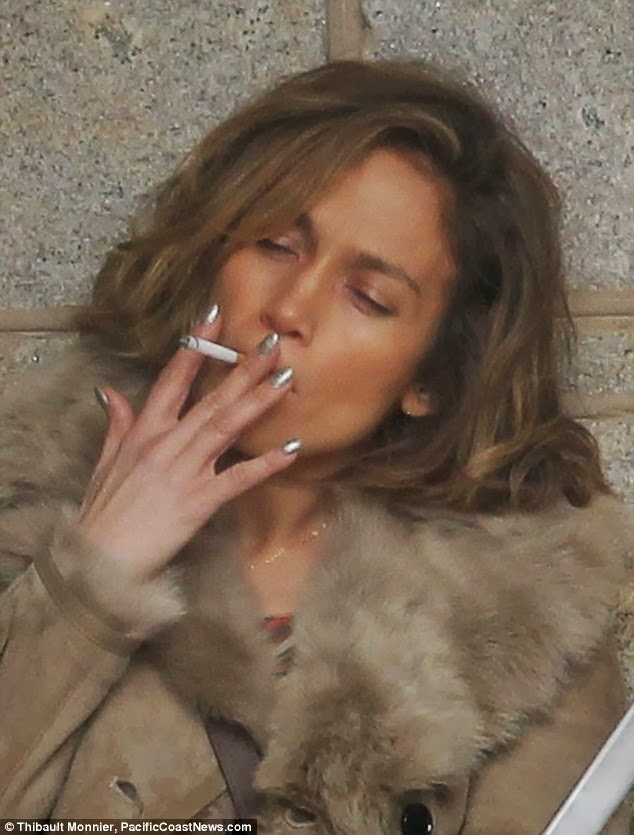 Jennifer sucked on the cigarette - which might have been fake - even blowing rings while simultaneously flaunting her silver manicure.

Not seen Tuesday with the Live It Up singer were her five-year-old twins Emme and Max as well as her toyboy Casper Smart. 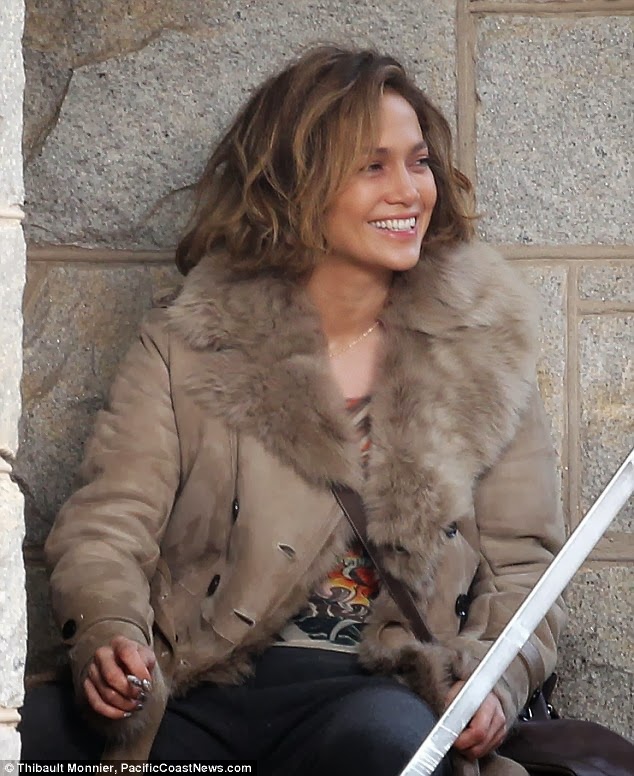 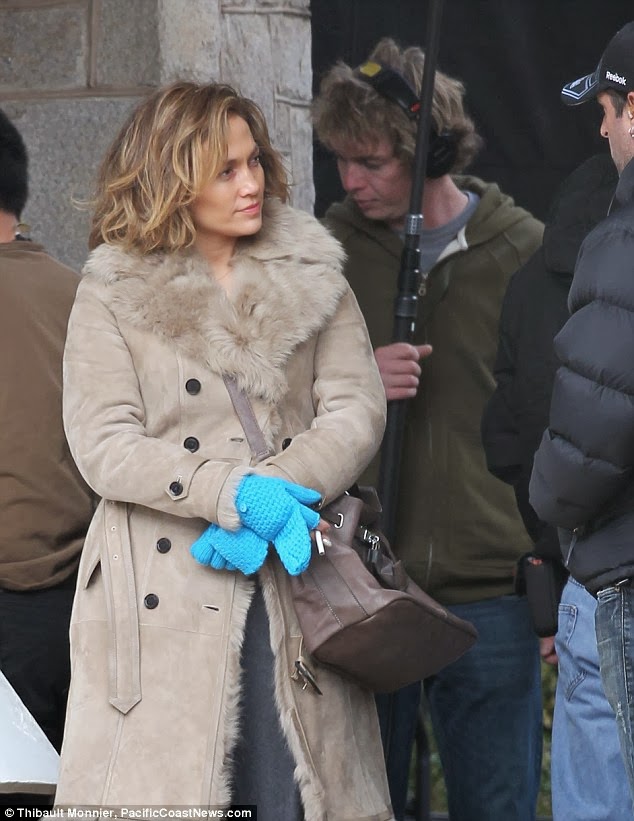 However, the thrice-divorced diva appears to be a bit hesitant to tie the knot with the 26-year-old dancer-choreographer.

'I always believed in that institution. My parents were married for a very long time, for 35 years. I believe in it. It's difficult. I've had my challenges but at the same time I believe in love. That's the main thing.'