Jennifer Lopez Wants Her Name Back 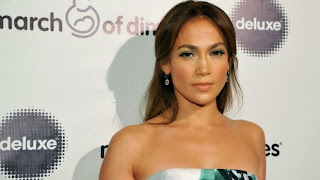 According to the website, the 41-year-old “American Idol” judge's legal surname is Muñiz, which is Anthony’s real last name. She is request a name change and is also asking for join legal and physical custody of their two children, 5-year-old twins Max and Emme.

Lopez seeks to terminate the court’s ability to award spousal support to her 45-year-old ex-husband.

They announced their separation in July 2011, and Anthony filed for divorce less than a year later citing irreconcilable differences.

Both have since moved on romantically. Anthony is currently dating Chloe Green while Lopez is with dancer Casper Smart.

In October, Lopez revealed she is penning a book on the couple’s divorce, where she will share personal experiences during that time.

“I understand a lot of things about myself and my relationships, things I needed to learn,” she told People en Español, who first broke the news.

During the March of Dimes Celebration of Babies luncheon in Beverly Hills on Friday, Lopez, who received the Grace Kelly award, gushed about her children and parenting.

According to E! Online, talking about the actress and one-time Princess of Monaco, one of her childhood idols, Lopez said, “There’s one thing I know for sure about her: she experienced the joy of giving birth to her first child, then her second, then her third, and she had the same wishes, fears and dreams that we all do. And when she looked into that beautiful new face, maybe she realized, like I did when my children were born, it’s not just about me anymore or how I look or feel, but that there was something now, something new that defined you as a person. Not just that you are a mother, but that now you understand that happiness, health and the well-being of another person is more important to you than anything else in the universe. That everything else simple fell away in comparison.
vào lúc 7:44 PM