Jennifer Lopez movie is shooting in Newhall this week 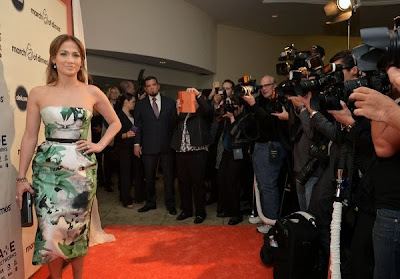 Jenny from the Block is with "The Boy Next Door."

The Universal Pictures thriller, in which actress and musician Jennifer Lopez plays a divorced woman who has an affair  with a teenage neighbor (Ryan Guzman of the 2012 movie "Step Up Revolution"), pulled a permit to shoot in Placerita Canyon near Newhall this week.

Smart Entertainment and Jason Blum's Blumhouse Productions also are producing the film, which began filming last month and is being directed by Rob Cohen.  Universal has set a Jan. 23, 2015, release date for the "The Boy Next Door," which also stars John Corbett.

Other high-profile movies shooting locally this week include "Horrible Bosses 2," the New Line Cinema comedy with Jennifer Aniston, Chris Pine, Jason Bateman and other stars. The production had a permit to film in Boyle Heights on Monday.

ON LOCATION: Where the cameras roll

The David Fincher thriller "Gone Girl," starring Ben Affleck, is set to film later this week on North Cahuenga Boulevard in L.A., according to film permits.

On location feature film production is up 35% this quarter compared with the same period last year, while television activity is 7% higher.

Commercial production is down 7% in the quarter compared with a year earlier, according to an L.A. Times review of data from FilmL.A. Inc.

Love the sexy voice of J.Lo, and want to imitate her sexy voice? Click here to know more...