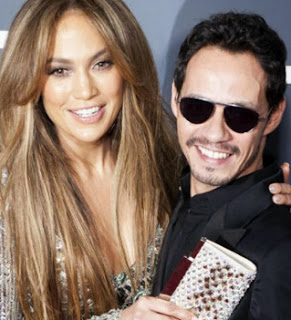 Los Angeles: Former couple Marc Anthony and Jennifer Lopez are being sued for USD 25 million for allegedly stealing the idea behind their reality show `Q`Viva! The Chosen`.

John Jacobs has filed a lawsuit in New York, claiming he contacted Marc Anthony Productions and J Lo`s Nuyorican Productions about his show idea `Miami Beach: The Game` in 2007 and 2008.

Jacobs says it was his idea to combine two well-known Latino celebrities searching for the next big superstar. The production houses initially showed interest but later ignored his calls, reported TMZ.

Jacobs claims that he was shocked to see that the concept of Anthony-Lopez`s show was similar to his concept.

He says he followed up with both companies as well as Univision to get to the bottom of the alleged thievery, but never heard back. Now he wants at least USD 25 million.

Love the sexy voice of J.Lo, and want to imitate her sexy voice? Click here to know more...